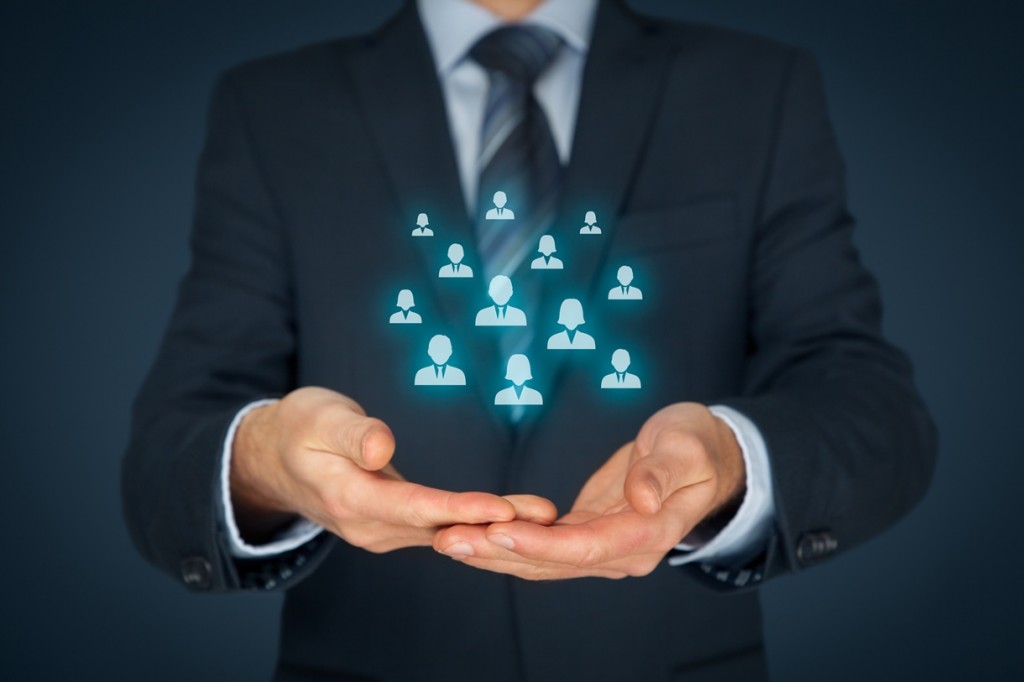 You think you might need HR Support…..but you’re not sure?

Are you at the stage in your business where you think you need HR support but don’t know what that support looks like, might involve and how much it might cost?

This is an issue which many business owners have to tackle and it can feel like an absolute minefield when you’re trying to hunt down all the relevant information. END_OF_DOCUMENT_TOKEN_TO_BE_REPLACED 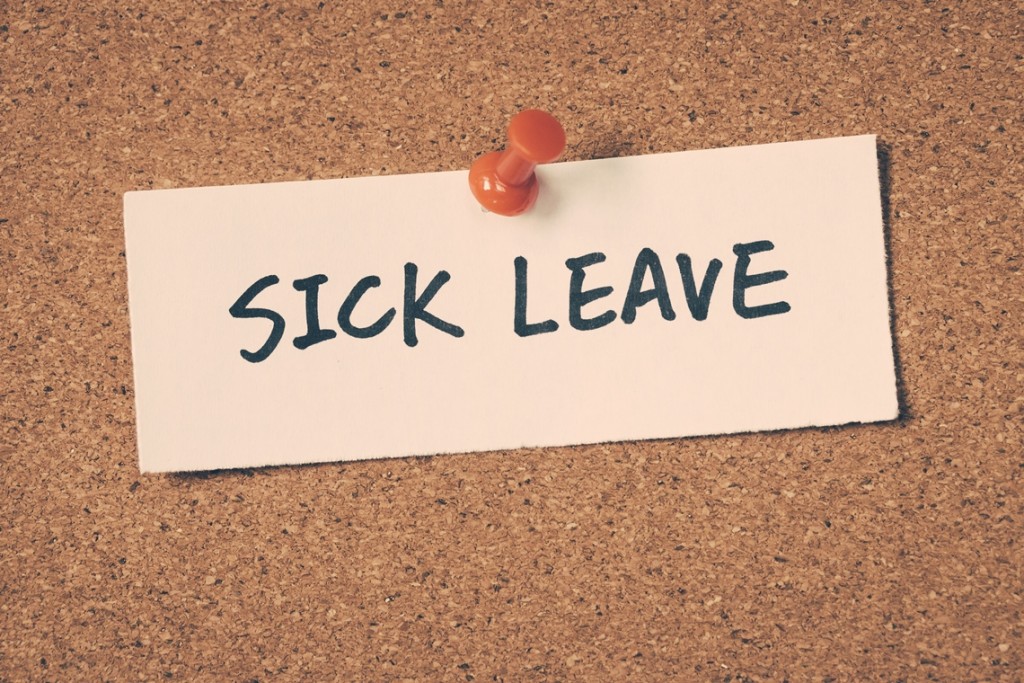 Long term sickness – how long before you call time?

The Employment Rights Act clearly states that it is fair to dismiss an employee for reasons related to “capability”. 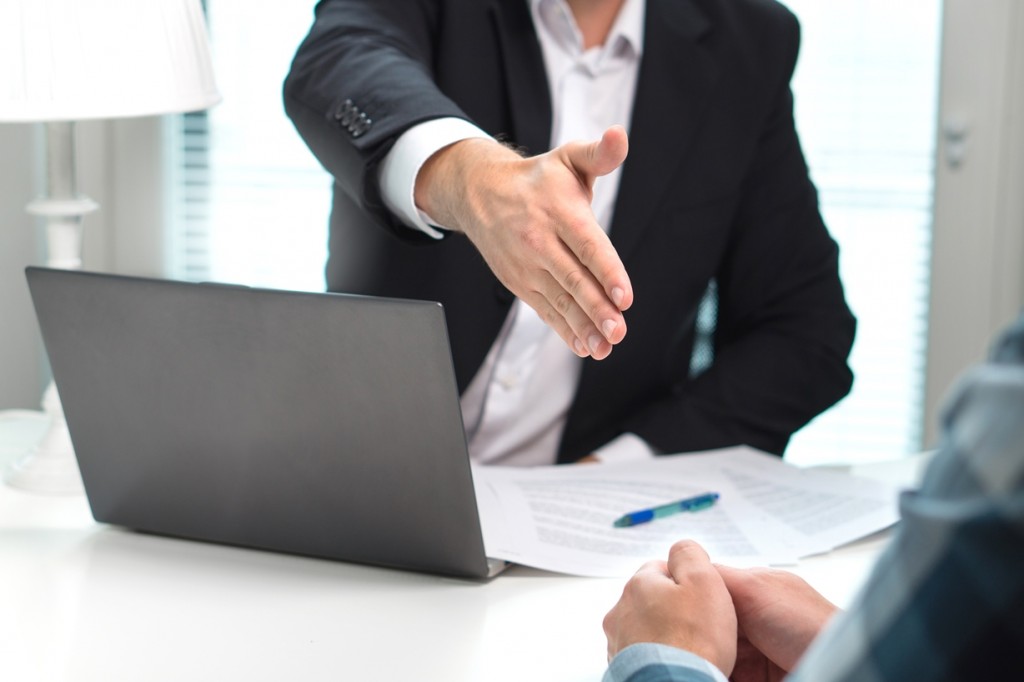 Restrictive covenants – careful wording or a waste of time…….

Most contracts of employment have clauses which are collectively referred to as Restrictive Covenants and these typically cover non-compete, non-solicitation and non-poaching.

Whilst these clauses take various forms, their purpose is to protect and safeguard the legitimate commercial interest of the business with a significant emphasis on the client base and preventing former employees from doing untold damage to a business by poaching customers, setting up in competition and recruiting former work colleagues.

Whilst that all sounds quite straight forward, most such clauses then go into further detail in terms of the distance or radius in which you are prevented from setting up in competition or time scales within which you can’t approach clients or former colleagues.

At this point, the issue becomes less clear cut because whilst you can make the clauses so onerous that the person can’t do anything, the possibility is that in doing so, the clauses become so unreasonable that they become unenforceable.

It is common practice when a person leaves a business and the Company acknowledges receipt of the resignation that they will be politely reminded about their restrictive covenants and of the possible consequences if they should step out of line…..and often CEOs and MDs will say – at least that will send a “warning shot across the bows”.

Whilst the Courts are not averse to enforcing well-drafted and reasonable restrictive covenant clauses against former employees, the emphasis is on the careful wording and the interpretation of the word “reasonable”. On the one hand this destroys the myth that such clauses are not worth the paper they are written on but the legal costs of bringing such actions can be prohibitive – begging the question – what price do you put on protecting your business?

Some say that by making such clauses as robust and restrictive as possible, this will act as a deterrent. Dare I suggest that it is not uncommon for employees to have such clauses in their contracts and because of their legal speak wording, they don’t actually understand what they are prevented from doing. Sales people tend to focus more on the commission clause than their restrictive covenants! Maybe that’s because sales people are not renowned for doing detail?

The business should be clear about what it is trying to protect – client listings, technical expertise, system or process design……Business is about relationship building – we build relationships with our clients because if we don’ they won’t do business with us and we build relationships with work colleagues. Such relationships may stray outside work and you can’t prevent a former employee meeting with an ex-client for a coffee. However, when that former employee tries to entice the client away from one Company and transfer their business to another Company, the restrictive covenants will cut in.

The employment contract should be drafted to include clauses which include restrictive covenants designed to protect legitimate business interests and, therefore, should be reasonable in all senses of the word.

It is not uncommon in some situations, often related to signing a settlement agreement, where the business will agree to release the employee from restrictive covenants. I recall a situation many years ago when drafting a settlement agreement, I asked the CEO if he was happy to release the employee from his restrictive covenants to which he replied “Adrian…..the guy was so ***** useless, the competitors are welcome to him”.

Adrian Berwick provides HR support for business and if you want any support on issues relating to restrictive covenants, contact Adrian on 07885 714771 or e-mail info@abcommercialhrsolutions.com

Zero hours contracts were a constant topic in the 2017 election campaign and are the subject of much controversy in the UK with recent figures suggesting that there are over 900,000 employees on these contracts.

The Labour party has pledged to ban zero hours contracts and the big corporates are often slammed for employing members of staff on these contracts which give staff no guarantee of their hours – employees only work when they are needed and can be given little notice of when they are required. Sick pay is rarely paid but holiday pay is a requirement to comply with the working time regulations.

Zero hours contracts feature in sectors such as tourism, retail, leisure and hospitality and feature prominently in cleaning, catering, retail, care work, helpdesk etc where employers pay minimum wage for roles that are perceived to be low skill.

Conversely, these contracts offer employers flexibility allowing them to adjust their staffing levels to respond to peaks and troughs of workload. Extremes of weather impact on demand for some products and services whilst zero hours contracts are used extensively in sectors where demand is highly seasonal – Easter, Summer, Christmas etc and similarly, in sectors such as tourism and hospitality, demand can change drastically at short notice.
Employers would argue that zero hours contracts are a commercial necessity by avoiding the burden of fixed overheads and paying employees when there is little or no work to be done.

To balance the argument – not all employees on zero hours contracts are complaining and there are those who are happy with the arrangement (but they are the minority) because it gives them flexibility and some effectively juggle several zero hours contracts with different employers and this suits their personal circumstances.
A common complaint with employees on zero hours contracts is that it can be difficult to plan ahead because the employer may give them very little notice of the requirement to work although the likelihood is that they may be required to provide sickness cover, in which case the employer will have had little notice.

Employers can often be accused of favouritism because where they have a bank of employees available on zero hours contracts, they can offer the work to favoured employees and fewer hours to those less favoured.

Very few businesses are exempt from seasonal fluctuation and as long as this continues, demand for staff will always be variable and there will always be people who want to work hours to suit their needs or lifestyle – this is the basic principle of flexibility and shows zero hours contracts in their best light.

Unfortunately, some businesses will abuse zero hours contracts and use them in situations where they are not appropriate and as a means of avoiding having to guarantee hours to employees – this is why the Labour party would ban them.
They are here to stay but arguably, only as long as we don’t have a Labour Government.

Adrian Berwick offers HR support to business and if you want any advice or guidance on the issues raised in this article, please either contact me on 07885 714771 or info@abcommercialhrsolutions.com 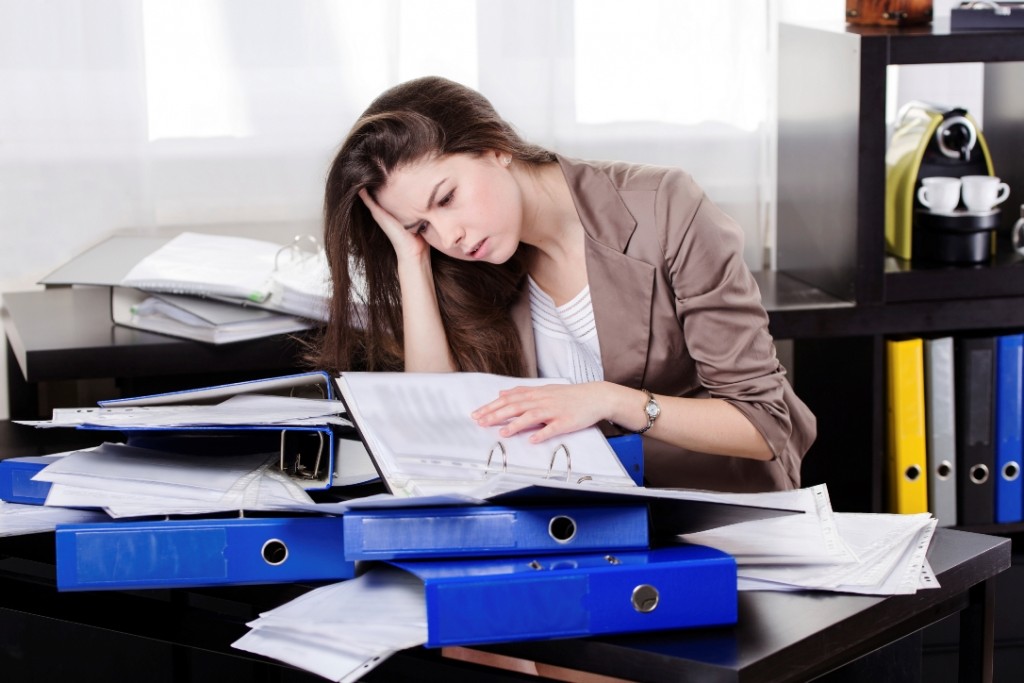 “Subject to satisfactory references” – why bother?

We’ve all seen the expression “subject to satisfactory references” in contracts and offer letters but whilst the whole process of obtaining references is quite time consuming, the real question is – does it add any value?

The true test of the value attached END_OF_DOCUMENT_TOKEN_TO_BE_REPLACED 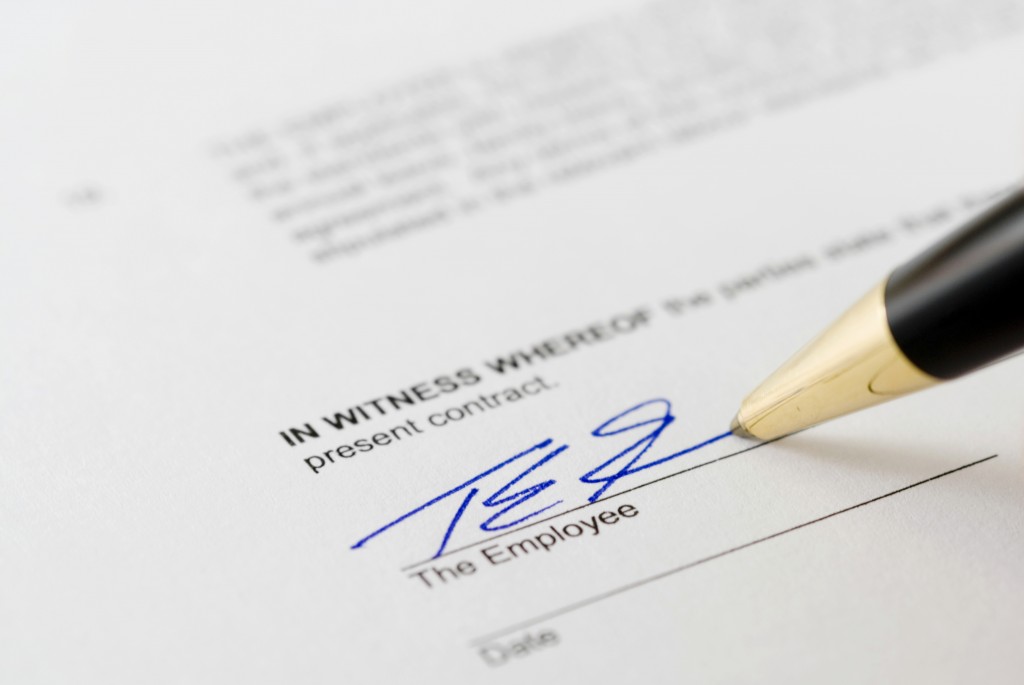 They are a legally binding document END_OF_DOCUMENT_TOKEN_TO_BE_REPLACED 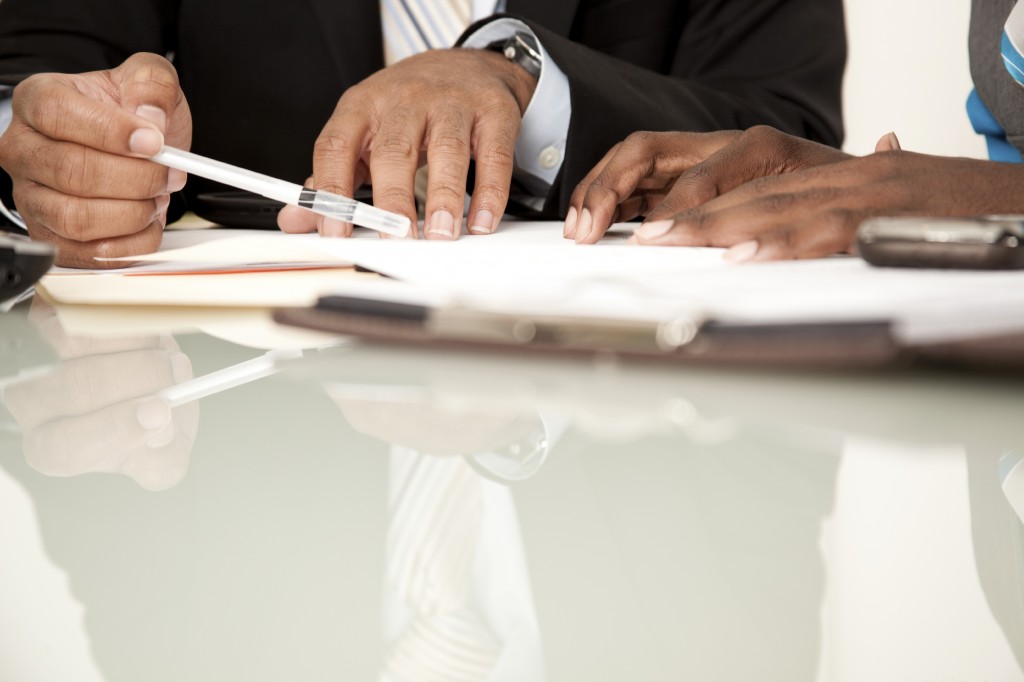 The National Living Wage was introduced for employees aged 25 and over at £7.20 to take effect on April 1, 2016 and on Saturday, its first anniversary, it rose to £7.50 an hour.

The 30p increase represented a 4.16% increase, which is well above the average level of “across the board” increase that businesses will have given in recent months or will be considering. END_OF_DOCUMENT_TOKEN_TO_BE_REPLACED 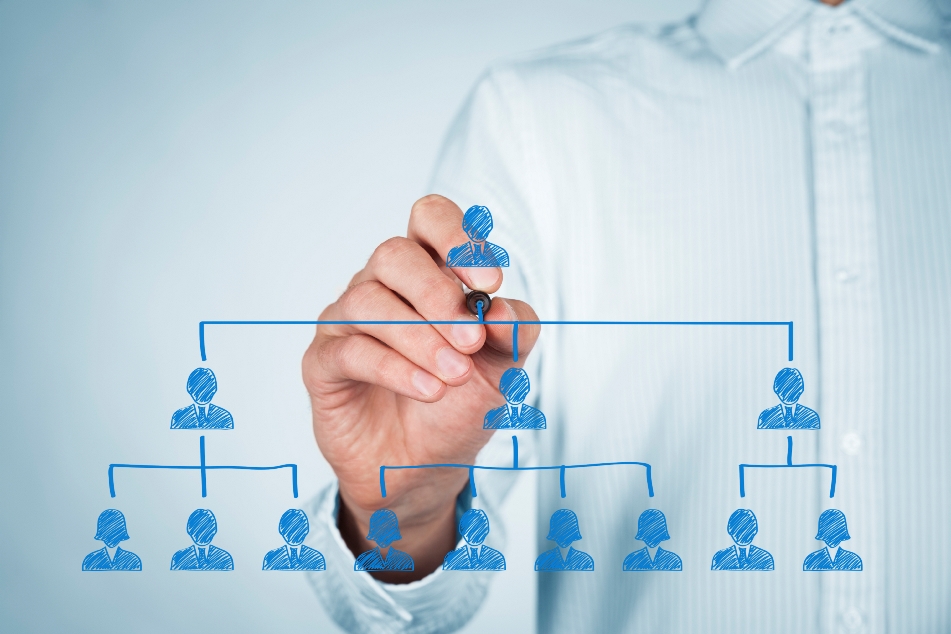 Over the last few days, social media has been awash with Valentines day frenzy and whilst we can put that behind us for another 12 months (sigh of relief) it seems an opportune time to address the controversial subject of relationships at work.

Given that we spend so much of our time in or around the workplace, there is an inevitability that employees will find themselves embroiled in relationships at work – les liaisons dangereuses…….. END_OF_DOCUMENT_TOKEN_TO_BE_REPLACED

Like many people, I am interested by the lessons that business can learn from sport in terms of the synergies and parallels and how an event or situation in sport can manifest itself and how the same thing could happen in the commercial world and how it would be dealt with. END_OF_DOCUMENT_TOKEN_TO_BE_REPLACED 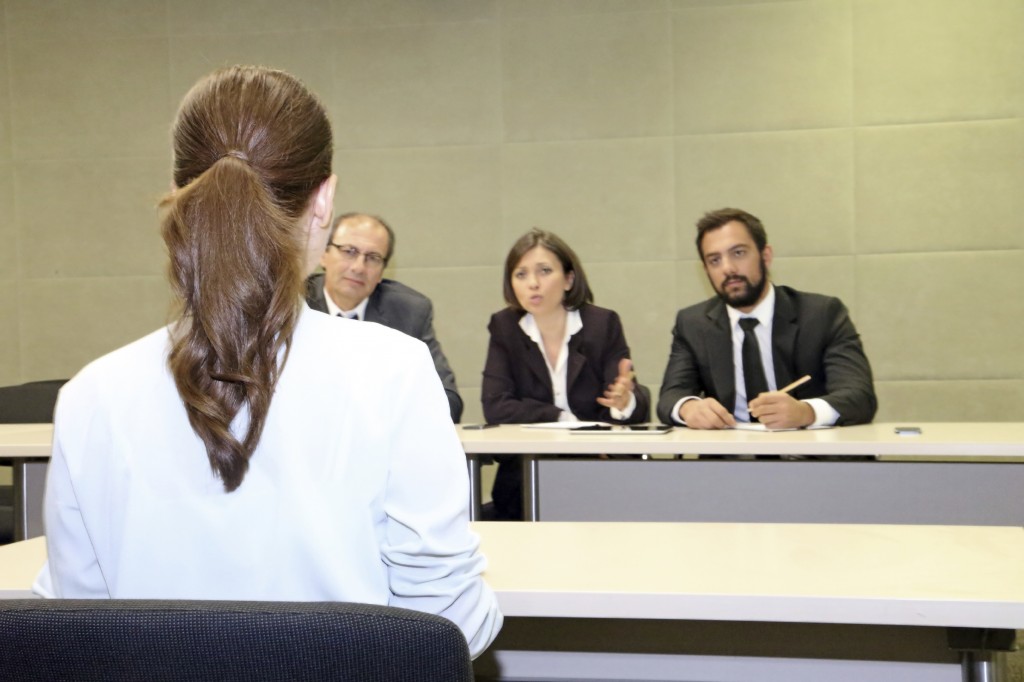 Recent events in world and current affairs have led to a resurgence in the popularity of a word that has always existed in the English language – the word…..“challenge”. END_OF_DOCUMENT_TOKEN_TO_BE_REPLACED 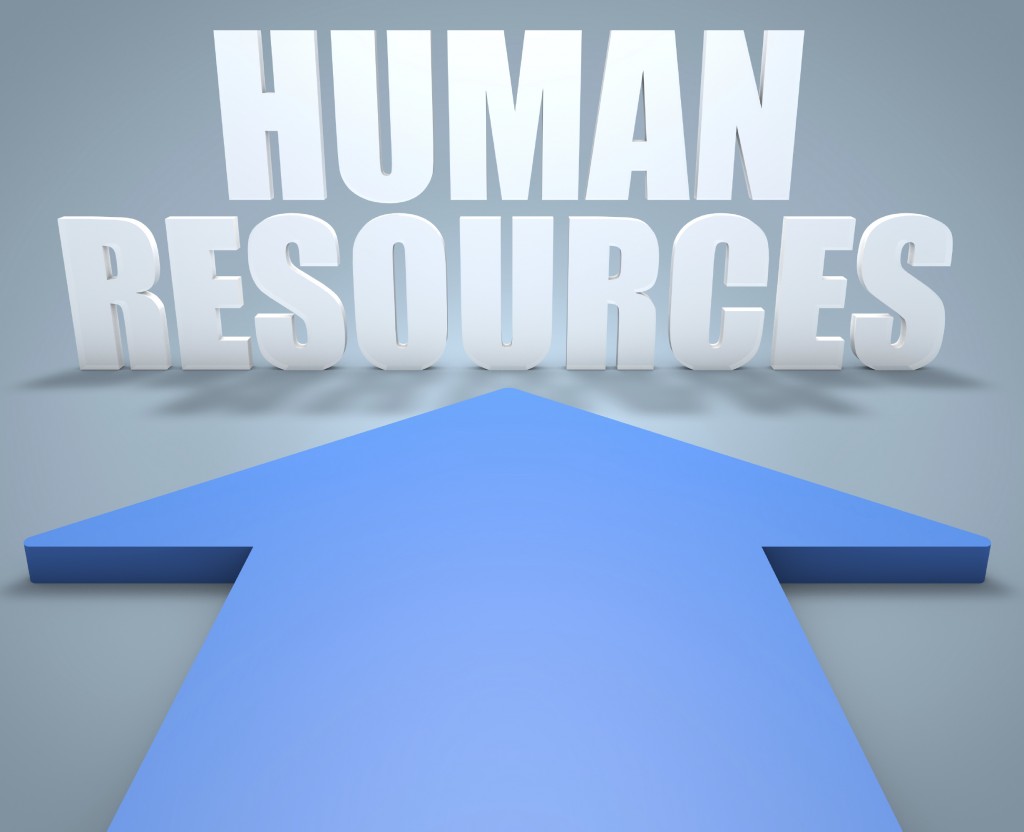 1. “We’ve never had an issue – we all get on” – a typical scenario represented by businesses with up to 30 – 40 employees, been trading for quite a while and the argument is that they’ve always been lucky, all the employees get on with each other and never had an issue. The counter argument is that under the balance of probability, an issue is going to arise and it is important to have the processes, procedures and structure to manage it when it happens. END_OF_DOCUMENT_TOKEN_TO_BE_REPLACED 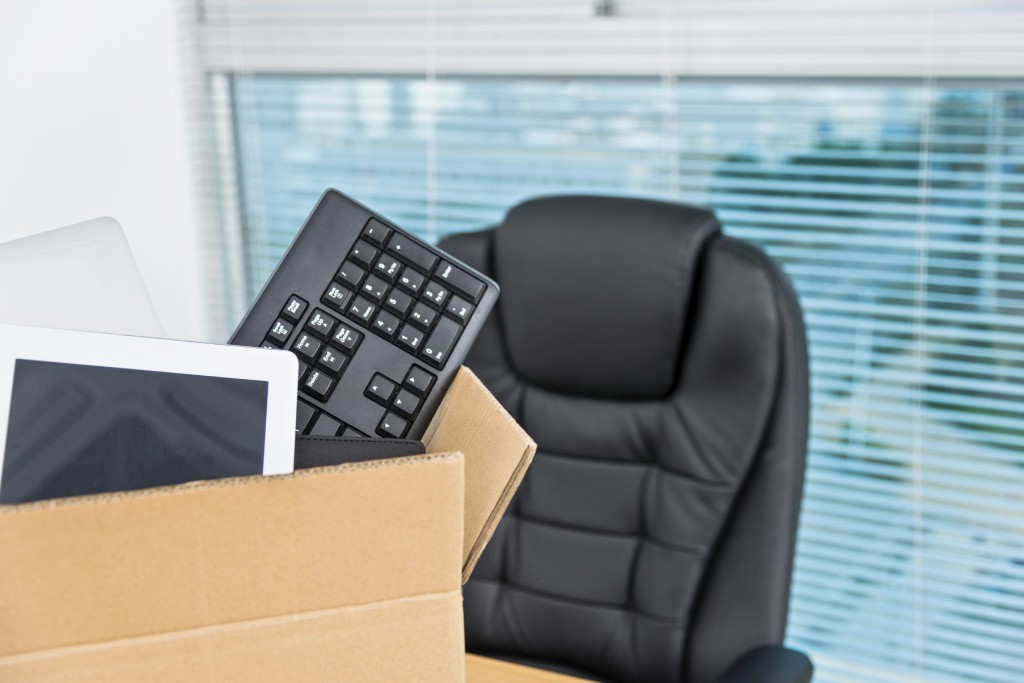 Managing people “best before” and “sell by” dates…….

We all go to the Supermarkets and we’re all familiar now with expressions like “best before date” and “sell by” date but it is becoming increasingly common now for these expressions to be used about people in the work situation. END_OF_DOCUMENT_TOKEN_TO_BE_REPLACED

Next Entries »
If you need HR support for your business, please telephone us or send us an email Contact Us